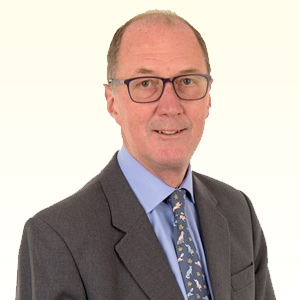 Stephen’s entire 40-year career has been spent in the investment industry.

After four years at Samuel Montagu & Co Ltd, he spent seven years at Capel-Cure Myers. This was followed by roles at James Capel Fund Managers, now HSBC Asset Management and 10-years at Gartmore in several roles including Head of the Global Equity Team.

Outside of his life at Beaufort, Stephen is a keen sportsman, playing tennis, hockey and cycling.  He also likes walking his Flat Coat Retriever, as well as being head gardener at home.

Stephen is also involved with a local charity and would like to do more charitable work.

He remains fascinated with investment markets and reads extensively.